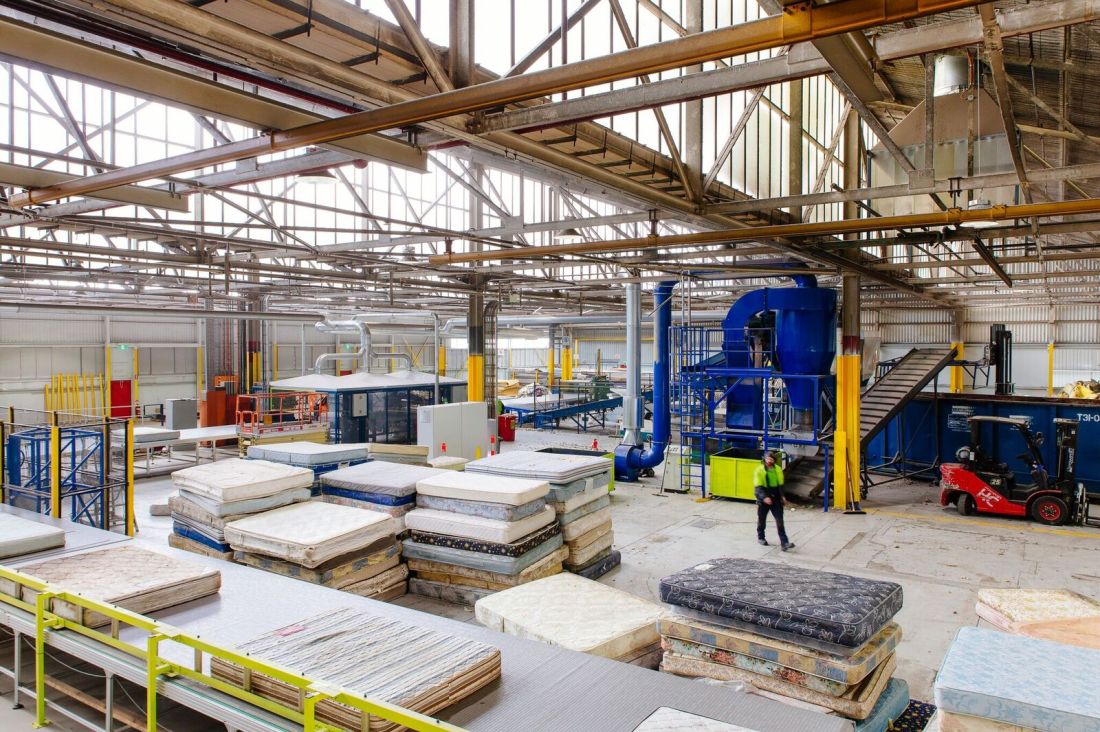 According to recent studies by Blue Environment Pty Ltd, Australia has now become one of the biggest producers of green house gases and produces more waste per capita than the US, Canada and New Zealand. Australia is also ranked the twelfth highest waste generator out of the 35 member countries of the Organisation for Economic Cooperation Development (OECD).

The same report also shows that levels of landfill waste in Australia have been rising faster than the national birth rate. In the period between 1996-2015, the Australian population rose by 28%, however, waste generation increased by 170%, resulting in waste growth levels of 7.8% a year.

While levels of landfill waste are growing at a concerning rate, Australia’s recycling recovery rate of 60% is the third highest out of the other OECD countries. This is due to better incentives that prohibit unsorted waste going to landfill, better use of advanced waste processing technologies, and in part due to higher waste disposal costs.

However, in Victoria, large volumes of landfill capacity in close proximity to Melbourne provide relatively cheap access to landfill disposal and has resulted in competitive landfill markets.

Furthermore, there are a limited range of resource recovery technologies in operation, resulting in lost opportunities to recover used materials.

“We’re the second company to do this outside of the Netherlands. We’ve automated the process of deconstructing the mattress, however, it’s Dutch technology,” said TIC Group CEO, Michael Warren.

“We collect mattresses from all over Melbourne and about 3000 mattresses a year from the City of Yarra. We deconstruct the mattresses, the steel is sent off to be shredded, and we recover the foam and turn it into carpet underlay.”

“We recover about 75-80% of the mattress, which would otherwise go to landfill,” he said.

Michael says that this is just the beginning and that the company hopes to increase the number of mattresses recycled.

“We started from scratch 4 years ago and in July we processed just over 10,000 mattresses. The growth has been quite steady and we think we’re still just scratching the market in terms of what’s available,” said Michael.

“Every mattress we divert from ending up in landfill is around 0.75 of a cubic metre, so we are diverting around 100,000 cubic metres from landfill, but not only that, we are also doing resource recovery and recycling many different materials,” he said.

As waste levels continue to increase year on year the conversation concerning environmental damage has fast become a hot topic. Australian radio and television comedian, Craig Reucassel, explored the impact of waste in Australia in a three-part series aired on the ABC earlier this year –  War on Waste.

Craig’s campaign gained a lot of traction in Australia, with his #BYOCoffeeCup tram video going viral on social media. His aim? To change behaviours and show people the lasting impact of waste on the environment.

Speaking to Craig about his campaign, he told The Yarra Reporter that: “Overall I’m very pleased with the response. There’s been a huge increase in people using their own [coffee] cups. There has been a 690% increase in KeepCup sales – that was the last figure. It has also helped supermarkets in using less plastic bags.”

“The mattress waste reduction by the TIC Group is very much so a worthwhile project. Due to their size [mattresses] are a difficult part of the waste stream, there are a lot of resources in there. It’s definitely a positive.”

“Matresses are a huge litter object, you see them dumped a lot on the side of the roads … They are an issue we might look at in the future,” said Craig.

Disposing of dumped and littered items not only poses an environmental threat, it also comes at a high financial cost to local governments and other agencies.

Environmental assessments have shown that for most materials, recycling results in net savings in energy and reductions in green house gas emissions. The Waste generation and resource recovery in Australia report also shows significant savings in water use and the equivilant of 1.5% of Australia’s total emissions, due to resource recovery.

The increase in levels of landfill have had a negative impact on the environment, which is why campaigns advocating waste minimisation, such as the War on Waste, and the work of companies like the TIC Group are important in helping to increase recovery rates and reduce landfill.

For more information on the TIC Group and their work head over to their website here.